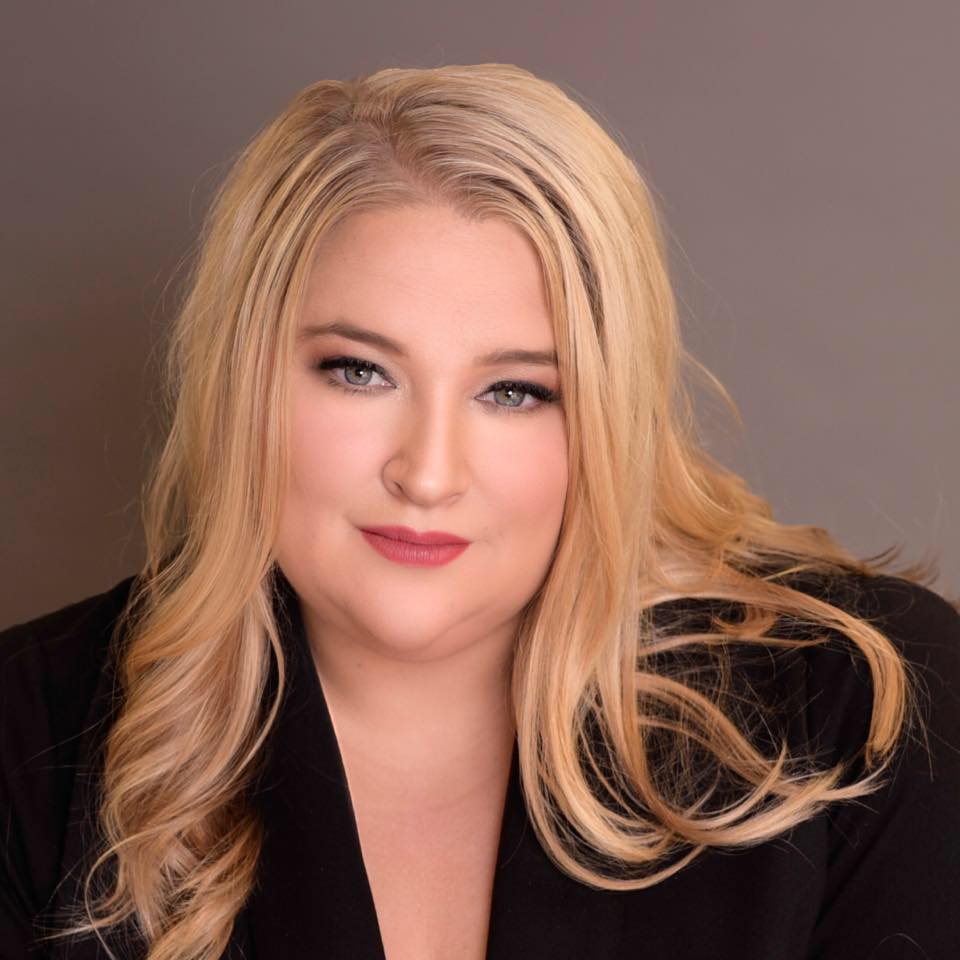 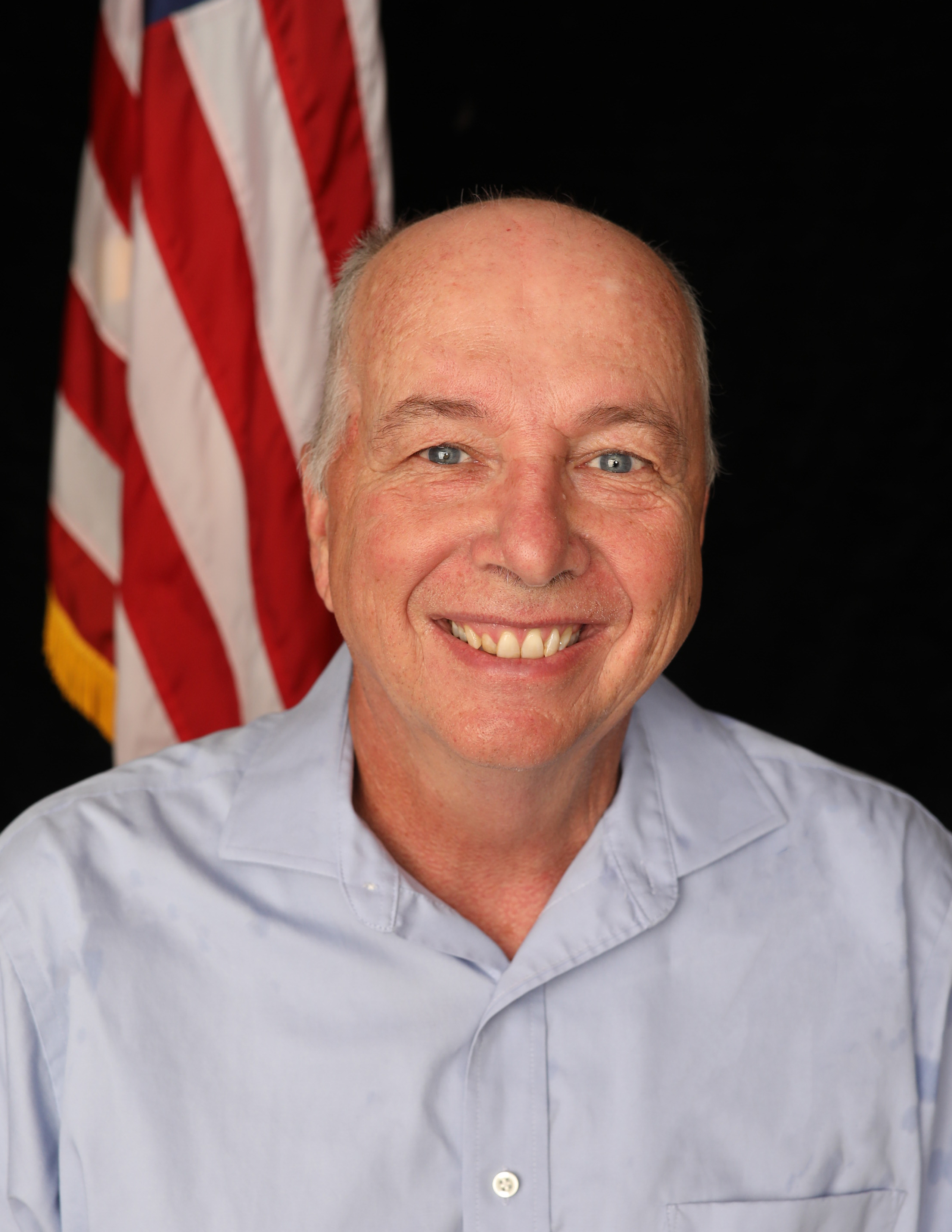 ‍Commissioner, Place 4
‍Commissioner Michael Richter moved to Burkburnett the Spring of 1969. Michael is married to Corrine and has five adult children plus four grandkids. He graduated from Burkburnett High School in 1978. Commissioner Richter is a member of St. Jude Thaddeus Catholic Church. Michael is the Executive Director of Meals on Wheels of Burkburnett. The work that he does for Burkburnett Meals on Wheels has made Commissioner Richter keenly aware of the vulnerabilities and needs among senior citizens everywhere.  Mr. Richter continues to serve his community to ensure our seniors have the best services possible through his efforts.
‍ 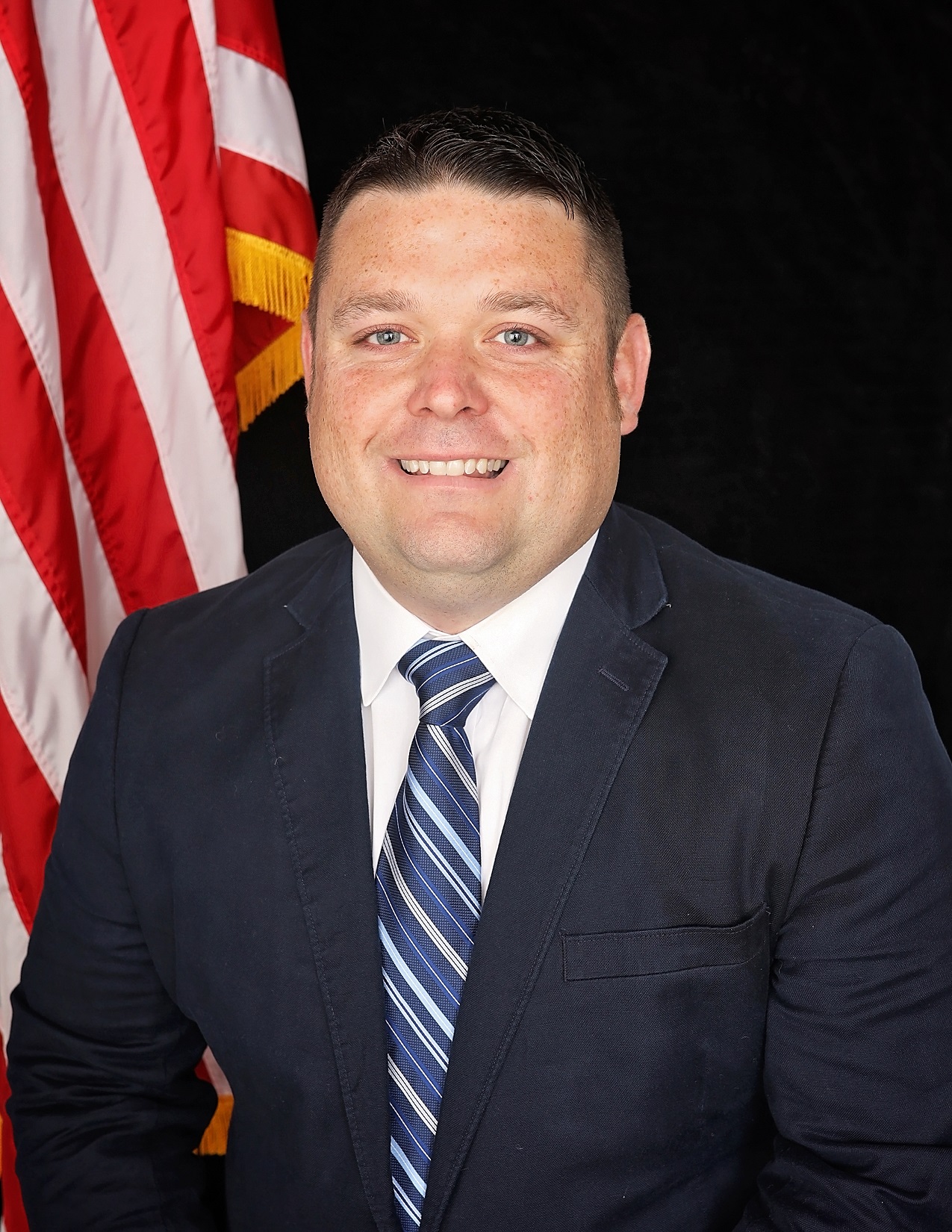 Cory Brinkley
‍Commissioner, Place 1
Commissioner Cory Brinkley was born and raised in Burkburnett. Cory is married to Jessica and they have two children, Paislie (11) and Briar (7). He graduated from Burkburnett High School in 2006 and played collegiate baseball at Brookhaven College and Cameron University. Cory works for Sheppard AFB Fire and Emergency Services and Wichita County Constables Office Precinct Two. Cory has served on a voluntarily basis for the City of Burkburnett. He began by being a member of the Burkburnett Fire Explorers Post 304 at the age of 15 and rose to the rank of Assistant Fire Chief in the Burkburnett Fire Department proudly serving 13 years. Cory always states that he would not be where he was in his career if it was not for the Burkburnett Fire Department. Cory also served as a Reserve Police Officer(non-compensated) for the Burkburnett Police Department for 5 years. Cory has served on the City Charter Review Board and the Parks and Recreation Board for many years. Cory enjoys coaching youth sports, traveling with family and saltwater fishing. Cory and his family are members of Jan Lee Baptist Church. 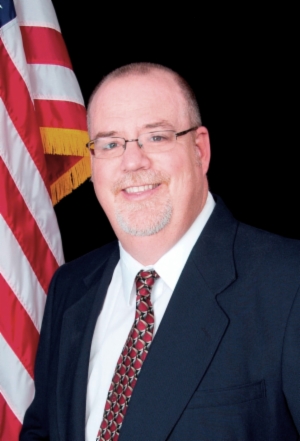 Commissioner, Place 2
Commissioner Randy Brewster decided to call Burkburnett his home in early 2006.  Randy and his wife, Donna made the move to Burkburnett because they realized the value of a great community for raising their three children.  They are members of First Baptist Church in Burkburnett. Mr. Brewster graduated in 1998 from Midwestern State University with a bachelor’s degree.  He is employed by First Bank.  Commissioner Brewster is involved with the Burkburnett Chamber of Commerce, Burkburnett Boys and Girls Club, Boomtown Lions Club, and the Roustabouts.   He also enjoys lazy days at the lake and spending time with his family. He was elected May 2011. 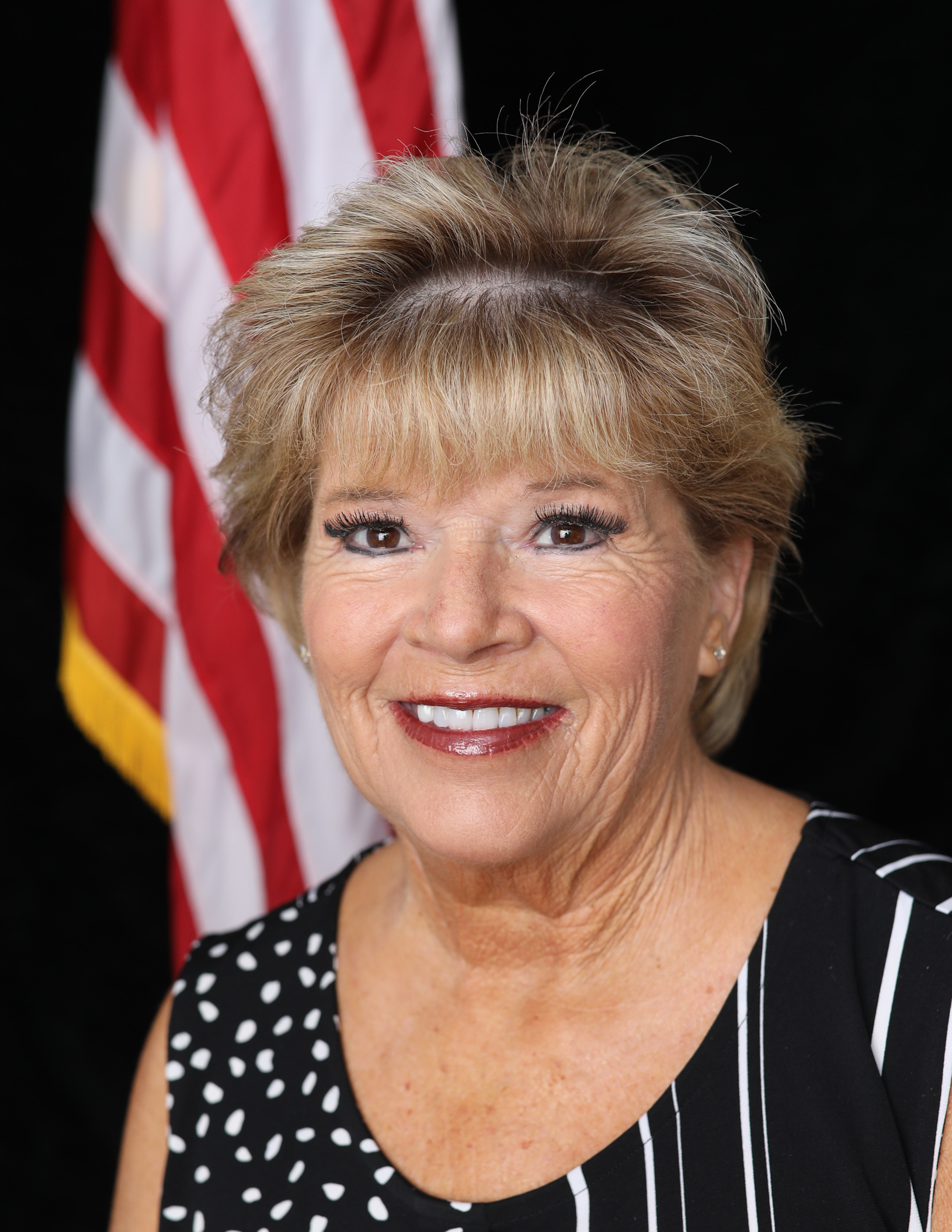 Susan Mitchell
Commissioner, Place 3
Commissioner Susan Mitchell was born and raised in Burkburnett. Susan is married to Patrick Mitchell, and they have a beautiful blended family. Melissa & Joe Bajza, Chad & Corina Kirkland, Jason & Maddey Mitchell, Tiffany & Doug Greenwell, Travis & Angie Mitchell, and Alicia Carman. We have 16 beautiful grandchildren, with one on the way! Susan and her husband are members of the Cowboy Gathering Church, and Susan teaches Sunday School. Susan is also a member of the Red River Riding Association.  Susan owns and operates Joe & Joe & Grandaughter and is the 3rd generation to continue her grandfather's Legacy. She desires to preserve the heritage of our great city for future generations and to work side by side with you as a neighbor and friend. Remember Once a Bulldog, ALWAYS a Bulldog! 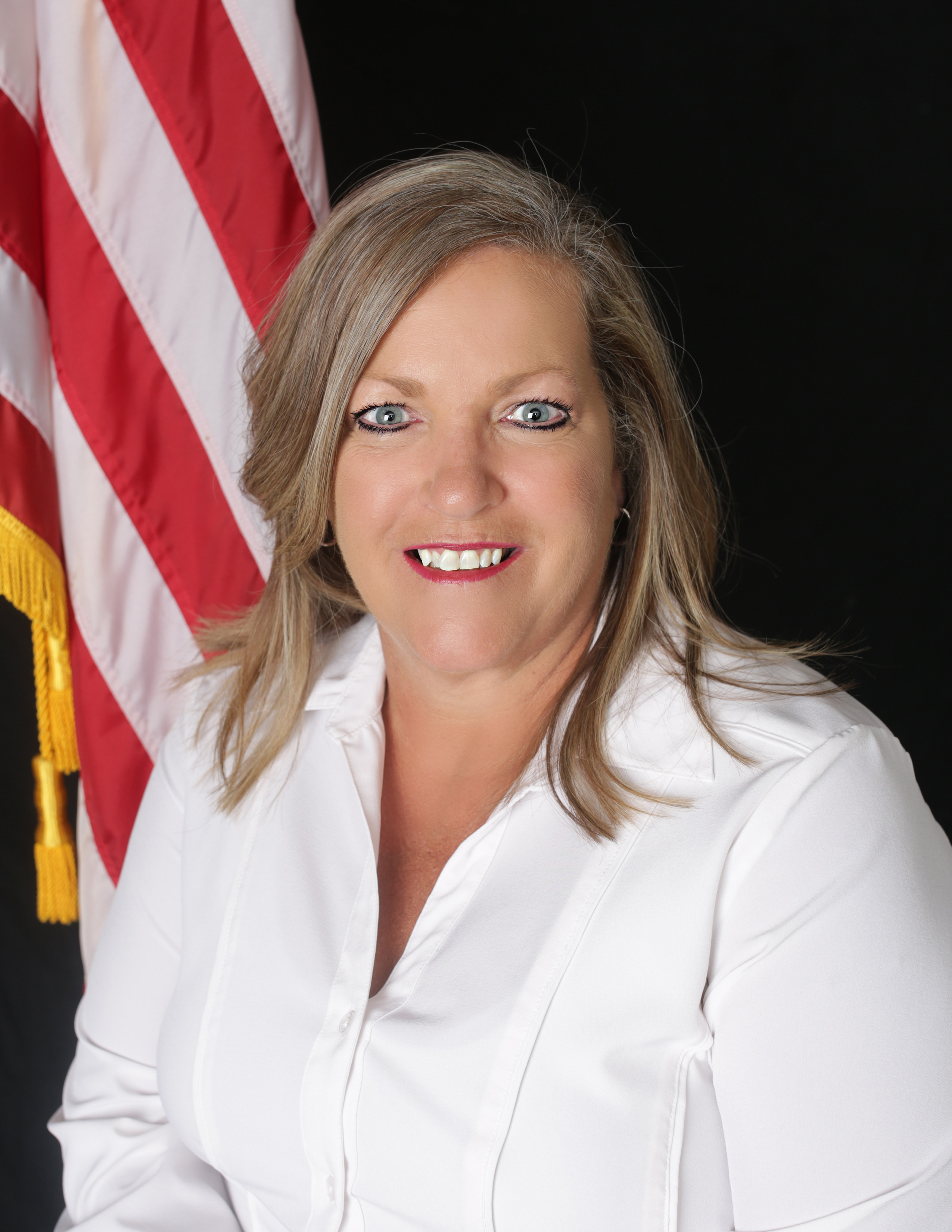 Marguerite Love
Commissioner, Place 5
Commissioner Marguerite Love has lived in Burkburnett since 1971.  She is married to Brian Love and her children are Jacob Guffey, Kristin Guffey and Jayson Love.  A 1983 graduate of BHS, she began her insurance career through the Office Education Assn. program.  She has been a General Lines Agent since 1994 and is an Agency Producer with Farmers Insurance Group in Matt Horn's Insurance Agency.   They are members of First Baptist Church of  Burkburnett.  Commissioner Love has served on the Burkburnett Boys & Girls Club board since 1991.  She is also a member of the Yellow Rose Sertoma Club in Burkburnett.  Her love of people, helping those in need and bringing citizens together for a common purpose is what led her to serve on the city council.  Commissioner Love was elected in May 2012. 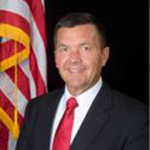 Commissioner, Place 6
Commissioner Bill Lindenborn moved to Burkburnett in 1957 as part of an Air Force family.  After numerous moves around the country and overseas, he moved back to Burkburnett in 1971, upon his father’s retirement from the United States Air Force. He is a graduate of Burkburnett High School in 1975 and Texas State Technical Institute in Waco in 1980. He married his High School sweetheart, Cherry.  They have two grown children and five grandchildren. They are active members of Jan Lee Baptist Church. Bill is currently a Sales Consultant at Pruitt Ford in Burkburnett and is a past member of the Burkburnett Volunteer Fire Department. He has supported the local youth programs by coaching and sitting on various boards and committees of the Burkburnett Little League and Boys and Girls Clubs. He currently serves on the Hotel Occupancy Tax Committee and on the Board of Directors at Grace Ministries.